"While they promise them liberty, they themselves are the servants of corruption: for of whom a man is overcome, of the same is he brought in bondage." 2 Peter 2:19
Lifest performers Becoming the Archetype and one of their album covers 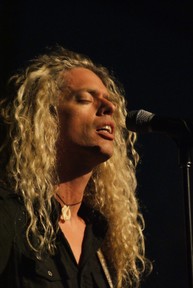 Lifest performer Phil Joel
I am going to keep this article as short as possible. Those interested in learning more about the subject of it, which is a heathenish carnival masquerading as Christian, can get the facts straight from the horse's mouth at http://www.lifest.com/. The carnival I mentioned, which is called Lifest, takes place July 7-11 at Oshkosh, Wisconsin. It mirrors other similar "evangelical" events which are increasingly being staged around the nation, primarily in the summertime. Lifest is being heavily promoted, in some cases even sponsored, by a number of Christian radio networks in our state. The Lifest web site identifies those networks for those who want to know. I will add, this hellish so-called "Christian" extravaganza is also being assisted in a more round-about way by the conservative radio network VCY America. I say that because the deeply corrupted Christian Courier newspaper, in which Lifest is heavily promoted, is distributed through the VCY bookstore. VCY regularly advertises in the Courier as well.

But what is Lifest? Briefly summed up, it is five days of comedians, rock and roll, blasphemy, and ungodly teachings. It is a demonic, spiritual freak show featuring the false teacher evangelist Luis Palau and socialist, emergent "evangelical" Jim Wallis as keynote speakers. Other speakers, to name just a few of many, include Jeffrey Campbell who will be teaching on "Sharing The Miracle of The Good News through the 'Magic' of Illusion." I am really fighting the urge to comment on that one, but we continue.

Lifest performers Point of Grace
Andrew Marin will be teaching his listeners on "Building Bridges with Gay and Lesbian Youth" and "Elevating the Conversation with the Gay Community." The title of one of Molly Sanborn's messages to teens will be "Keep Your Pants On -- God’s plan for sex and relationships." Somehow I don't picture Molly blushing during her talk, even if I feel like blushing just including the title of it in this article. Apart from that, the sensual, worldly nature of the five-day Lifest will be effectually preaching the perverse antidote to Sanborn's crudely-put, and no doubt more crudely-delivered, caution. I debated whether or not to even include the title for one of Tiffany Thompson's messages. It is that bad. I decided to do so, but I am going to censor two letters out of one word. Quiet-spirit Tiffany, who "ministers" to teens, will be speaking on "God Made B--bs -- A workshop for those who have them." Nice role model for Christian girls, that Tiffany. 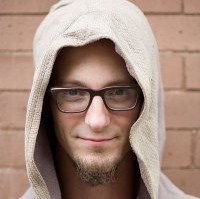 Lifest speaker Shane Claiborne
Another Lifest speaker is local gal Julianne Donlon-Stanz, who directs several "ministries" for the Roman Catholic diocese of nearby Green Bay. Julianne is working on a book about Celtic Spirituality. The priest of that diocese, "Fr." Tom Long, will be officiating at the Sunday morning mass held for those Roman Catholic attendees at Lifest and I suppose any evangelicals who would like to attend. By the way, according to the Lifest web site, speaker and emergent church leader Shane Claiborne's claim to fame is spending time working alongside Romanist/universalist "Mother" Teresa in Calcutta. 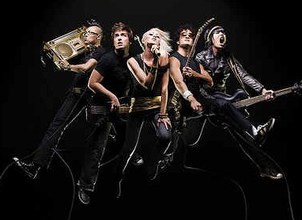 Lifest performers Superchick
But I said short, and short we will keep it. Suffice it to say, Lifest is a deep well of filth and corruption. We certainly have not plumbed its depths. But I close here with this warning. Such events as Lifest, Rock the River, and the Cornerstone festival not only make a mockery of the truth as it is in Jesus before a watching world and to gullible youth, but such events are also training up a generation of false converts who will be furious enemies of the true church of Jesus Christ in the coming years.

See also:
And they just said nothing.

"O foolish Galatians, who hath bewitched you, that ye should not obey the truth, before whose eyes Jesus Christ hath been evidently set forth, crucified among you?" Galatians 3:1

Here is a sign of the confused times in which we live. A controversy has broken out because socialist, emerging church figure Jim Wallis is a keynote speaker at Lifest, a "Christian" rock festival in our state. Last week, I sent out a brief article on that event (see above). Certainly, Jim Wallis and his corrupt teachings ought to be exposed and rebuked. But here is what I mean by this all being a sign of the confused times in which we live. Another keynote speaker at Lifest is the deeply ecumenical, Latino Billy Graham, Luis Palau. No problem there, it seems. But it gets even worse. Also speaking will be a number of Roman Catholics, including a priest. No controversy has broken out over that grievous situation. Hold on, there is more. Lord's Day services at Lifest will include the spiritually filthy, Christ-blaspheming Roman Catholic mass! Now, Jim Wallis is a soft target, is he not, for conservative evangelical personalities? But if they were real contenders for the faith once delivered unto the saints, they would be also condemning, and more so, the inclusion of Roman Catholic speakers at Lifest and condemning the breath-taking blasphemy of the mass! No, they are not real contenders for the faith; they are playing the part of "useful idiots" for the devil and his Antichrist. Jim Wallis is a dangerous individual but on the outer fringe of evangelicalism. Popery is the deadly, powerful, ancient, apostate foe of Christ and His church which has been embraced as a friend and ally by millions of confused evangelicals. Yet Wallis has become the whole issue, a smokescreen behind which Rome will be that much the more free to sink her roots deeper into the heart of evangelicalism and perhaps even pick up a few converts.

See also:
And they just said nothing.

An annual Christian music festival has drawn unexpected controversy over one of its featured speakers – Jim Wallis.

Though Wallis is among some 58 speakers this year at Lifest, some local Christians have protested his appearance and one sponsor recently pulled its support.

"After researching extensively the words and published positions of Jim Wallis and his organization, Sojourners Magazine, and seeking fervently the guidance of the Holy Spirit in prayer, we believe the social justice message and agenda they promote is a seed of secular humanism, seeking an unholy alliance between the Church and Government," Q90 FM, a Christian radio station based in De Pere, Wis., stated.

For months, Lifest founder Bob Lenz has been in conversations with local pastors and others who raised concerns over featuring Wallis – who is considered a progressive Christian – at the popular Lifest, which kicks off July 7 in Oshkosh, Wis.

By including Wallis in the speaker line-up, some accused the festival of compromising the Gospel. Crosstalk radio host Ingrid Schlueter expressed her opposition to presenting Wallis as "a credible Christian leader" and said youth are in "spiritual peril" if they attend the five-day event.

"There is spiritual danger here," she said. Youth will be "sitting under the tutelage of a religious and political radical who is ... hostile to the biblical Gospel."

Mary Danielson of Calvary Chapel in Appleton, Wis., said Wallis claims to be an evangelical pastor, but is merely using Scripture to "justify his radicalism."

"He does not hold to the central tenets of biblical Christianity but he reads a brand of social justice into the Bible," Danielson said on Crosstalk radio.

Responding to the uproar, Wallis, who also serves as a spiritual adviser to President Obama, released a statement, saying: "Let me be very clear that we believe in the separation of church and state. We believe the church and the government are able to best fulfill their roles when they function separately and apart from institutional intrusion.

"However, that does not mean we believe in the separation of values from public life."

"The biblical definition of social justice has to do with helping bring about God's Kingdom on earth as it is in heaven, just as Jesus taught us to pray," Wallis said, according to The Post-Crescent. "And in a world where half the population lives in poverty, there is a great need for God's Kingdom to be more fully present."

Lenz has tried to calm the storm by reaffirming Lifest's purpose, which is to preach the Gospel, bring people to Jesus and promote unity among believers on the core issue of the Gospel.

"My concern is that the people who have raised their voices the loudest are drawing attention away from the true purpose of Lifest," he said. "We hope you will be a part of putting it back in focus from the moment the gates open."

"When we bring someone in to speak at Lifest, I promise from the best we know that this person loves Jesus and is pursuing a relationship with Him, and that this person, as far as we know, is also living out the Gospel," Lenz explained.

Lenz does not agree with all of Wallis' politics or even some of his "non-essential theology," but he said he cannot remove him from the line-up based on the accusations that have been made.

He assured supporters that Wallis will being sharing "the true Gospel, his conversion, and a call for us, the church, to take on our responsibility for the poor."

"I know Jim Wallis. Jim Wallis loves Jesus," he added. "I would have no hesitation having my kids, young Christians, and seekers alike hear his message. It’s a message that I feel the church desperately needs to hear."

In another measure of reassuring supporters, Lenz added endorsements from various evangelicals who support Wallis.

"Agree or disagree – Jim Wallis touches your heart, stretches your mind, and challenges your values," stated Leith Anderson, president of National Association of Evangelicals. "He thunders like an Old Testament prophet, yet he is gentle and gracious. With a heart for people and a dream for a better tomorrow, Jim Wallis looks tough times in the eye and talks of hope."

Q90 FM, meanwhile, noted that they are not calling for a boycott of Lifest and they do not consider Wallis an enemy. "We just have a fundamental disagreement on the wisdom of bringing Mr. Wallis to Lifest," the radio station said.

Lifest 2010 will take place July 7-11 and feature dozens of speakers and over 100 musical artists and performers. Other speakers scheduled to appear include evangelist Luis Palau, abortion survivor Gianna Jessen, Bo Boshers with Willow Creek Association, and Tiger McLuen of Bethel University. Some 15,000 people are expected to attend.