The Kirk of Shotts Revival 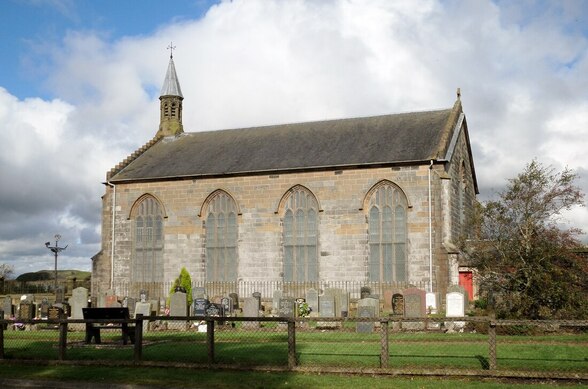 The general state of religion in Scotland during the earlier part of the seventeenth century was very far from being satisfactory. Many were the plans proposed and the efforts made to supply the country with good and faithful pastors. But, in the absence of all funds for their support, this was found impracticable; and on the entrance of prelacy, the case became still worse. Under the rule of these prelates, who were too much taken up with their own projects of worldly ambition to pay much regard to the interests of religion, the pulpits were filled for the most part with a time-serving clergy, and the people allowed to sink into spiritual apathy.

At this period, therefore, the state of religion in Scotland was very peculiar; some spots being favoured with a faithful ministry, and richly cultivated, while others were left in their native sterility; and the character of the people corresponded, being something like the prophet’s figs, “the good, very good, and the evil, very evil.” In some parishes, where the gospel was preached, piety flourished to an uncommon degree, and discipline was exercised with a rigour which, in the present day, would be considered intolerable. In other places, the people remained destitute of all privileges and all restraint, in a state of ignorance, superstition, and crime, very little better than that which existed in the days of popery. The country, in fact, was but partially civilized, and the ministers of religion had to contend, not only with the ordinary fruits of human depravity, but with strange forms of evil, engendered and fostered in the shades of that long dark night from which they had lately escaped.

In the midst of all this corruption, however, and in spite of the banishment of so many faithful ministers, the gospel flourished in some places to an unprecedented degree. The persecutors might remove the labourers from the field, but they could not destroy the fruits of their labours. A spirit of grace and supplication was poured out on their bereaved flocks, and they were wonderfully enabled in patience to possess their souls, so that no sufferings could induce them to abandon their principles, or resign themselves to despair. “Nay,” says the author of memoirs in reference to this period, “when the darkness was at the greatest, and when, to the eye of reason, there seemed scarcely a ray of hope, the presbyterians declared that utter desolation shall yet be to the haters of the virgin daughter of Scotland. The bride shall yet sing, as in the days of her youth. The dry olive tree shall again bud, and the dry dead bones shall live.”

The impulse given by [the Stewarton] revival continued from 1625 to 1630, when it was followed by a similar effusion of the influences of the Spirit in another part of the country. This took place at the Kirk of Shotts. And here also it is observable that the honour of originating the revival was reserved not to the minister of the parish, though a good man, but to one of those faithful servants who suffered for their nonconformity to the innovations of the time; the Lord thus signally accomplishing His word, “Them that honour me, I will honour.”

The circumstances which led to this revival were the following: Some ladies of rank who had occasion to travel that way, had received civilities at different times from Mr. Hance, the minister of Shotts; and on one occasion, when their carriage broke down near the manse, he kindly invited them to alight, and remain till it was repaired. During their stay they noticed that the house was much dilapidated, and in return for his attentions, they got a new manse erected for him in a better situation. Mr. Hance, on receiving so substantial a favour, waited on the ladies to thank them, and wished to know if there was anything he could do to testify his gratitude. It is pleasing to know that at this time, as well as afterwards, the noblest of the daughters of Scotland distinguished themselves by their zeal in the cause of religion. These ladies loved the Gospel, and the persecuted ministers who were contending for its purity. They, therefore, gladly seized the opportunity of asking Mr. Hance to invite such of them as they named to assist at the sacrament, that they might enjoy the benefit of their ministrations, and afford to others an opportunity of partaking in a privilege at this time rarely enjoyed. The minister gladly consented; and information of it spreading abroad, an immense concourse of people gathered from all parts to attend the dispensation of the ordinance, which was fixed for Sabbath the 20th of June, 1630.

Among the ministers invited on this occasion, at the request of these ladies, were the noble and venerable champion, Robert Bruce, of Kinnaird, who was still able to preach with his wonted majesty and authority, and John Livingstone, chaplain to the Countess of Wigton, who was afterwards settled some time in Ireland, but who at present was only a preacher, and about twenty-seven years of age. Much of the spirit of light and love was imparted during the services of the communion Sabbath; and so filled were the communicants with the joy and peace which they had experienced, that, instead of retiring to rest, they joined together in small companies, and spent the whole night in devotional exercises.

It had not been usual before this time to have service on the Monday after the dispensation of the Lord’s Supper; but God had vouchsafed so much of His gracious presence on the preceding days of this solemnity, that they knew not how to part on this Monday without thanksgiving and praise. John Livingstone was with difficulty prevailed on to preach the sermon. In the memoirs of his life, written by himself, he gives the following memorandum in reference to this discourse:
To this sermon, under the blessing of God, no less than five hundred people ascribed their conversion.
Some remarkable incidents occurred on that Monday; one of which, as illustrating the striking effect produced by Mr. Livingstone’s discourse, may be now related: “Three young gentlemen belonging to Glasgow had made an appointment to go to Edinburgh to attend some public amusements. Having alighted at Shotts to take breakfast, one of their number proposed to go and hear sermon – probably more from curiosity than any other motive; and for greater expedition, they arranged to come away at the end of the sermon, before the last prayer. But the power of God accompanying the sermon was so felt by them, that they could not go away till all was over. When they returned to take their horses, they called for some refreshment before they mounted; but when it was set upon the table, they all looked to one another, none of them daring to touch it till a blessing was asked; and as they were not accustomed formerly to attend to such things, one of them at last said, ‘I think we should ask a blessing to our drink.’ The others assented at once to this proposal, and put it on one of their number to do it, to which he readily consented; and when they had done, they could not rise till another had returned thanks. They went on their way more sedately than they used to do, but none of them mentioned their inward concern to the others, only now and then one would say, ‘Was it not a great sermon we heard?’ Another would answer, ‘I never heard the like of it.’ They went to Edinburgh, but instead of waiting on diversions or company, they kept their rooms the greater part of the time they were there, which was only about two days, when they were all quite weary of Edinburgh, and proposed to return home. Upon the way home they did not discover the state of their minds to one another; and after arriving in Glasgow they kept themselves very much retired, coming seldom out. At last, one of them made a visit to his friend, and declared to him what God had done for him at the Kirk of Shotts. The other frankly owned the concern that he had been brought under at the same time; and both of them proceeding to the third, and finding him in the same state of mind, they all three agreed to have a fellowship-meeting. They continued to maintain a practice suitable to their profession for the remainder of their lives, and became eminently useful in their day and generation.”

The word of God sank deep into the hearts of the hearers, forcing them to retire, like the stricken deer, into solitude, there to weep and mourn till the dart was extracted by the hand that had launched it, and the balm of consolation was poured into the bleeding wound. It was some time before the modesty of the converts would permit them to own the change wrought upon them, till, like the spring of living water, which cannot be controlled or concealed, the grace of God evinced its power by bursting from the once “stony heart,” and pouring itself forth in the pure, peaceful, and fruitful stream of a holy conversation.